The spatial organization of moist atmospheric convection has been studied intensively in recent years. This effort is motivated by the recent insight that such organization plays an important role in feedbacks between clouds and Earth's climate. In addition, the spatial structure of convective fields should be taken into account when preparing global circulation models for the “grey zone” of resolutions at which convection becomes partially resolved. What exactly causes the observed spatial patterns in convective cloud fields, and how to represent those in weather and climate models, is not yet fully understood. At InScAPE we recently developed a conceptual model for populations of convective objects that live on a two-dimensional grid. This model, which is named BiOMi (Binomials on Microgrids), uses a Bernoulli process to represent object births, movement and life-cycles. This significantly enhances the computational efficiency. In addition, rules of interaction are prescribed that allow objects to cluster and form long-lived convective structures. These rules reflect known physics of cumulus clouds, introduce convective memory in the system, and make convective structures act like cellular automata. The work in this project includes the following activities. 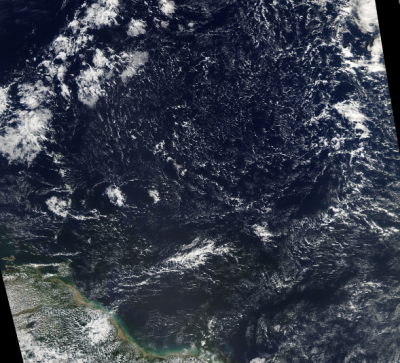 The effect of humidity inversion in the Arctic

Humidity inversion describes the situation where the specific humidity in some layer of air is increasing with altitude instead of decreasing. Humidity inversion atop a cloudy boundary layer are relatively common in the Arctic. The entrainment at the top of the top of the cloud layer then often leads to transport of humidity from the free atmosphere into the boundary layer. This can then effect both the precipitation from the clouds and the thermodynamic properties of the clouds.

Does the presence of humidity inversion lead to warming of cooling of the cloud layer? And does it lead to increase the turbulence in the boundary layer? These questions will be investigated with both conceptual mixed-layer model and large eddy simulation. If you are interested in this topic please contact Jan Chylík

Atmospheric convection and associated cloud processes are not resolved by most numerical models used for weather forecasting and climate prediction. As a result, their impact on the larger-scale flow and climate has to be represented through parameterization. Recently the ever increasing power and efficiency of supercomputers have for the first time allowed resolutions in Earth simulations at which convection is partially resolved. This situation is often referred to as the “grey zone problem” of cumulus parameterization. Solving this problem requires a total scientific rethink of the design of convective parameterizations for next-generation weather- and climate models. A potential way forward is the development of Eddy Diffusivity Mass Flux (EDMF) parameterizations that are formulated in terms of size distributions of convective objects. An advantage of these schemes is that they are inherently scale-aware, while stochastic behavior reflecting cloud population dynamics can easily be introduced through population statistics. In this project the student will work with an EDMF scheme that is currently being developed by the InScAPE group. More information about EDMF is also provided here. We implemented it as a subgrid scheme in one of our Large-Eddy Simulation (DALES) codes. The work consists of conducting microgrid LES experiments for selected convective cases to test the behavior of the scheme for known conditions. Cases include: 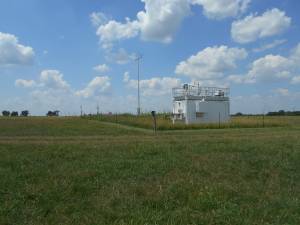 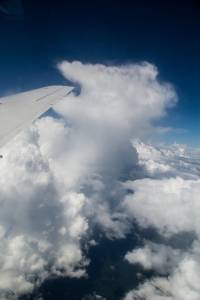 Measurements are often taken at one point and then interpreted as a spatial variability by taking the wind into account. But how good is this approach? Can we find a strong correlation between the temporal and spatial variability? And does it depend on the synoptic situation? Or the environment? In this project the hypothesis will be tested in the model world by comparing temporal and spatial variability at different sides (e.g. JOYCE and Barbados) and under varying conditions. We will only look at model output - for spatial and temporal variability. Can we confirm the hypothesis in this clean and consistent model world? To discuss the topic or get more information please contact Vera Schemann

Clouds at freezing temperatures can contain various ice particles. There are a few different type of ice crystals that can grow in supersaturated conditions. The differences in shape between different ice crystals lead to differences in fall velocities, optical properties, but also in their ability to rime liquid droplets or aggregate with other ice crystals.

That said, an important question is whether the changes in optical properties and precipitation also lead to differences in the vertical structure of a cloud. Based on the observational data from recent campaigns in the Arctic, the problem will be investigated on large-eddy simulations in DALES. If you are interested in this topic please contact Jan Chylík 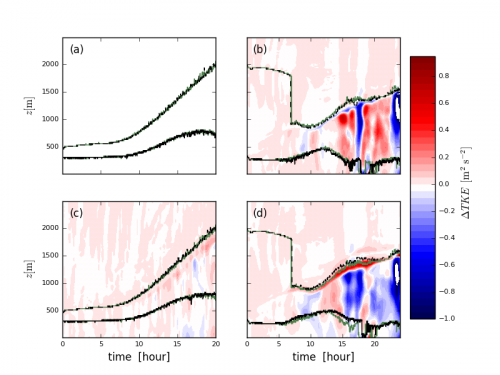 As part as our work developing pdf cloud parametrizations we use large amounts of high resolution simulations to test assumptions and evaluate performance (PDF cloud scheme). This work offers Students the chance to work with state of the art data while being able to choose from a wide range of themes to fit their interests. For example the Student could adapt our previous analyses to work on new small domain simulations conducted over Spitsbergen, Juelich, or the Zugspitze. Or the Student could expand on our previous analyses by implementing already published parametrizations, applying machine learning approaches, or developing and testing their own ideas. For more information get in contact with Philipp Griewank or Vera Schemann. 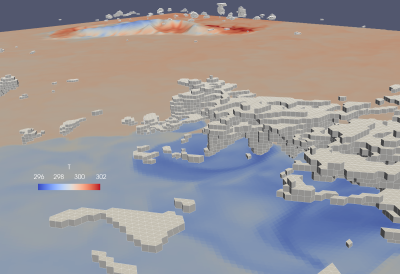 The shape and arrangement of clouds have a large effect on how clouds interact with radiation and therefore effect climate sensitivity. Recently run super-large domain simulations offer a unique glimpse into 3D cloud structures which are impossible to measure. As a thesis a Student could evaluate various aspects of the cloud structure in recently conducted super-large simulations over the tropical Atlantic and Germany. Possible topics are the relation of cloud fraction to total cloud cover or how cloud structure changes when the horizontal resolution changes from 600 to 150 meters. To discuss this topic feel free to contact Philipp Griewank or Vera Schemann.

Convection (i.e. buoyancy driven vertical movements) occurs on scales commonly too small for global models to capture. The vertical transport of heat, moisture, and momentum via convection plays a critical role in the boundary layer, yet is difficult to determine how much of the boundary layer transport is caused by unstructured turbulence versus organized and structured convection. As a thesis a student would modify already existing code to detect such structures, evaluate the importance and sensitivity of various assumptions, and visualize their work in 3D. To discuss this topic feel free to contact Philipp Griewank.

We have millions of samples from high-resolution simulations over Germany comparing cloud fraction to other meteorological variables. These samples are a side product of the paper Evaluating and improving a PDF cloud scheme using high-resolution super-large-domain simulations (https://doi.org/10.1029/2018MS001421), and allow a student to very easily and quickly apply various machine learning techniques to derive empirical cloud fraction parameterizations. The first technical steps are already laid, the scope and complexity of the project can be easily adjusted to suit either a Bachelor or Masters thesis. Requirement: Basic Python. To discuss this topic feel free to contact Philipp Griewank.

One of the results of our recent paper was that the asymmetry observed in clouds by looking at them from below might mostly be an artifact of the observational setup (Griewank, Heus, Lareau, Neggers (2020): Size-dependence in chord characteristics from simulated and observed continental shallow cumulus, Atmospheric Chemistry and Physics, https://doi.org/10.5194/acp-2020-338). The interested student could use the same data used for the publication to quantify the asymmetry and relate it to various atmospheric variables, such as wind shear, to understand how much of the observed asymmetry is due to the cloud evolving as it is sampled. Depending on the level and technical skills of the student a Bachelor thesis version is feasible that would only include model data. For a Master thesis I would expect the student to either include observations into the analysis, or to complete a more in depth model analysis. Requirement: Basic/Intermediate python. To discuss this topic feel free to contact Philipp Griewank.