The spatial patterns in cumulus cloud populations are a key factor in understanding cloud-climate feedback and cloud-circulation coupling. BiOMi (Binomial Objects on Microgrids) is a toy model developed to recreate populations of interacting convective objects distributed over a two-dimensional Eulerian grid.

The objects have a birth rate, complete a life cycle, and can freely move around on the grid. They can also interact and form larger clusters, obeying certain rules of interaction. We work on further developing BiOMi to reproduce different modes of organization by introducing spectral-based metrics and defining new rules of interaction.

BiOMi models the statistics of convective populations and acts to provide the cluster size densities that emerge on its microgrids. This can be used as an input for ED(MF)^n (Eddy Diffusivity multiple Mass Flux), which is an advocate convection scheme for climate models. 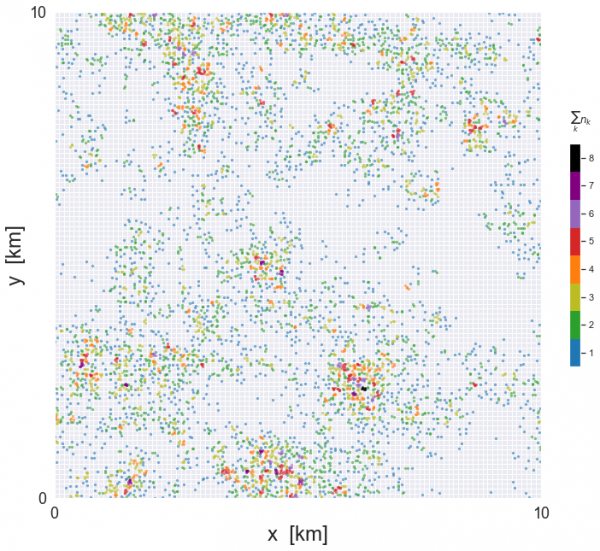 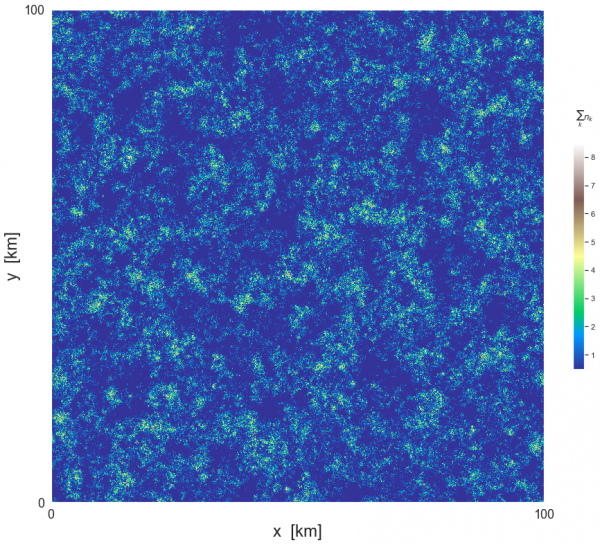