An introduction to InScAPE 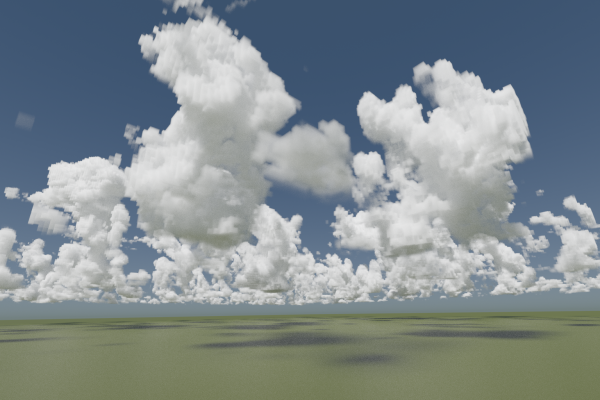 The research group for Integrated Scale-Adaptive Parameterization and Evaluation (InScAPE) of Prof. Roel Neggers aims to develop scale-adaptive parameterizations of small-scale turbulent/convective processes and clouds for larger-scale models, and to constrain those with relevant measurements as obtained from permanent meteorological “supersites”. In addition, we investigate the role of boundary layer clouds in a larger context, including their coupling to the Earth's surface and the role they play in global climate change.

General Circulation Models (GCMs) used for numerical weather prediction and climate simulation generally consist of a set of primitive equations describing atmospheric flow that are discretized in time and space. The current efficiency of supercomputers only allows spatial resolutions in the order of kilometers (weather prediction) or tens of kilometers (climate simulation). As a result of this limitation, many atmospheric processes remain unresolved. These processes include turbulence, convection, clouds and precipitation. As a consequence, the impact of subgrid-scale processes on the larger-scale circulation and climate has to be represented through parameterization. The development and evaluation of conceptual models that can serve as parameterization schemes in next-generation Earth System Models (ESMs) is an active research field at the moment. Recent results in climate science have rekindled the scientific interest in the parameterization of low level clouds in climate models, by highlighting their important contribution to the current uncertainties in predictions of future climate. Another area of active research is the so-called “grey zone problem”, which stands for the fact that many previously fully parameterized processes are becoming resolved due to ever increasing power and efficiency of High Performance Computers (HPC).

To achieve its science goals the InScAPE group makes use of a hierarchy of atmospheric models. These can be run on platforms ranging from simple workstations to supercomputers. One of the main “working horse” models is the Large-Eddy Simulation (LES) model, which simulates the atmospheric flow in a limited domain (~10km) at high resolutions (~25m). These resolutions are high enough to resolve atmospheric phenomena such as turbulence and convection, including the associated clouds like cumulus and stratocumulus. Processes at smaller scales are still parameterized, including small-scale turbulence and cloud microphysics. LES has emerged as an important research tool in the last decades, as it can provide virtual information on four dimensional fields (in time and space) of many relevant atmospheric variables. In practice these are still hard to measure by instrumentation, so that the LES can act as a “virtual laboratory” for investigating a phenomenon of interest. Such information is essential for the effective evaluation and improvement of parameterizations for large-scale models.

At InScAPE various LES codes are used, including the Dutch Atmospheric Large-Eddy Simulation model (DALES) and LES version of the Icosahedral Non-hydrostatic model (ICON) as developed by DWD and MPI-M. Both codes have been thoroughly tested for a range of prototype situations, and have participated in various model intercomparison studies. A key ingredient of working with LES to study convective clouds is its evaluation against observational data. Despite its awesome possibilities, LES is still a model and needs to be validated. We explore new ways to achieve this, for example by applying ray tracing techniques in the volume rendering of simulated cloud populations (see the movie above).

More details of our LES codes can be found in the overview of models.

An overview of the key ingredients in a parameterization testbed. From left to right: Clouds and precipitation in an LES, the 200m high meteorological tower at Cabauw in The Netherlands, a radiosonde, the MIRA cloud radar at JOYCE, and a schematic illustration of a Single Column Model (SCM).

An important tool in our research strategy is the so-called “parameterization testbed”. This stands for a platform or environment where model and observational datastreams come together and can easily be inter-compared. The aim is to facilitate the parameterization development process, by confronting models with data in a structural and informed manner. While such evaluation can give confidence in the realism of a model simulation, on the other hand the models can help to gain insight into processes as they act in nature, which are not yet fully understood. In this synergy, LES models act as virtual laboratory, Single-Column Model (SCM) simulations are used to better understand and improve parameterizations for GCMs, and GCM output is used to drive process models but also to act as background reference. A relatively new use of LES is to use its three-dimensional domain to virtually test measurement strategies a priori their deployment in the field during observational campaigns.

The InScAPE parameterization testbed is described in more detail on testbed info page.

Arctic clouds Clouds in the Arctic appear in many forms. Much is still not understood about their behavior, which is for a large part due to the difficulty in sampling such clouds at high latitudes. At InScAPE we use dedicated large-eddy simulation based on available measurements to study such clouds in a virtual laboratory setting. Among others, we use data from recent field campaigns, including two recent cruises by the Polarstern Research Vessel (RV). The first is the PASCAL campaign north of Svalbard in 2017, and the other is the year-long MOSAiC drift in 2019-2020. Aircraft campaigns include ACLOUD in 2017 and the upcoming HALO-AC3 campaign in March/April 2022.

Cloud geometry Gaining insight into the morphology of cumulus cloud populations is essential for understanding cloud climate feedbacks and for improving their representation in ESMs. This concerns an incredibly broad range of scales, from single-cloud geometry via mesoscale cloud patterns to large-scale synoptic cloud structures. At InScAPE we explore new pathways to investigate and detect cloud field morphology and to capture this in conceptual models. An exciting new effort is to use the Blender ray tracing tool for scientific renderings of simulated clouds fields.

EDMF We are continuously working on the further development of the EDMF (Eddy Diffusivity Mass Flux) framework for describing transport and clouds in turbulent/convective flows. One ongoing activitiy is the implementation of EDMF as a subgrid scheme in LES, using the code as a simple non-hydrostatic circulation model and allowing tests in the convective grey zone (see below). Another is to couple EDMF to a thermal population model, in an attempt to make EDMF aware of convective organization and memory.

Convective Grey Zone The ever increasing resolution of NWP models is fast becoming a big challenge for existing parameterization schemes in ESMs. The problem is that previously fully parameterized subgrid-scale processes such as convective clouds are now becoming partially resolved. This situation is also known as the “convective grey zone”. The way forward is being hotly debated in the community. One option is to skip the grey zone entirely and switch to global LES for weather and climate prediction. Another option is to design smart parameterizations that properly take discretization effects into account. At InScAPE we pursue new ways to make convective parameterizations adaptable to scale. In doing so, we obtain new insights into the spatial structure of convective cloud fields.