Photovoltaic modules convert radiation into electrical energy based on the so called photovoltaic effect (described by Einstein 1905). The photovoltaic effect is the stimulation of an electron to a higher energy state caused by absorption of light. Photovoltaic modules are based on semiconductors since their valence- and conduction band are completely separated, but the band gap is in the range of the energy of a photon. Thus, the photovoltaic effect causes electrons to migrate from the individual molecule structure to the conduction band. These electrons are so called free electrons. They are able to move randomly inside the crystal structure of the semiconductor. In order to produce electricity, which means to collect the excited electrons on the one side and “holes” on the other side, the semiconductors are p- and n-doped. In case of a silicon based module p-doping means to include atoms of the 3. main group and n-doping to include atoms of the 5. main group. In the region of contact, electrons of the n-doped layer move towards the p-doped layer and induce an electric field (depletion area). After a very short time this electric field reaches an equilibrium state since no more electrons can migrate to the p-doped layer. Now the free electrons are accelerated towards the positive depletion area due to this electric field. Thus, the negative charge is trapped in the conduction band in the n-doped layer and the positive charge is trapped in the p-doped layer. This induces an electric potential difference, which can be tapped from the solar module. 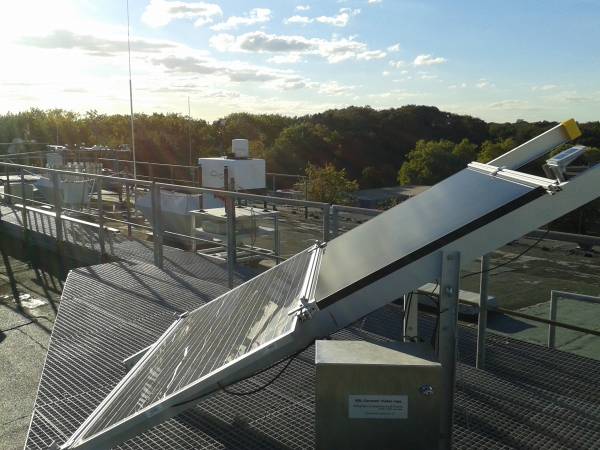