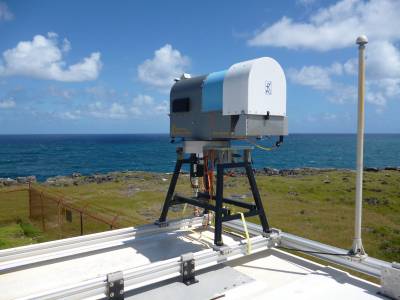 Here we could keep the graphic from the original article https://en.wikipedia.org/wiki/Microwave_radiometer#/media/File:Radiometer_227629main_ostm-AMR-RSA.jpg

Solids, liquids (e.g. the earth's surface, ocean, sea ice, snow, vegetation) but also gases emit and absorb MW radiation. Traditionally, the amount of radiation a microwave radiometer receives is expressed as the equivalent blackbody temperature also called brightness temperature (TB). The atmospheric components emit and absorb MW radiation in different ways: Atmospheric gases provide specific absorption features (Fig. 1) which allow to derive information about their vertical profile. Examples for such absorption features are the oxygen absorption complex (caused by magnetic dipole transitions) around 60 GHz which is used to derive temperature profiles or the water vapor absorption line around 22.235 GHz (dipole rotational transition) which is used to observe the vertical profile of humidity. Other significant absorption lines are found at 118.75 GHz (oxygen absorption) and at 183.31 GHz (water vapor absorption, used for water vapor profiling under dry conditions or from satellite). Weak absorption features due to ozone are also used for stratospheric ozone density and temperature profiling. 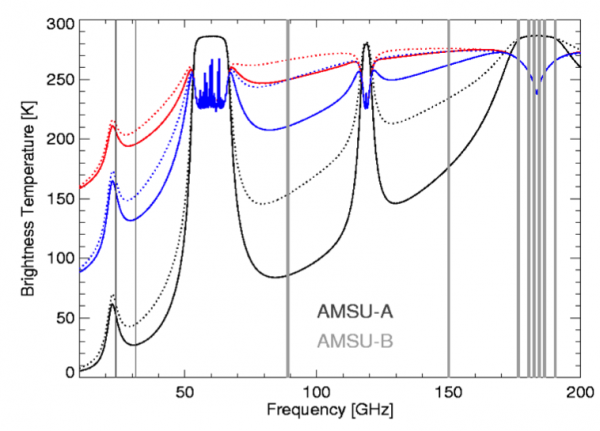 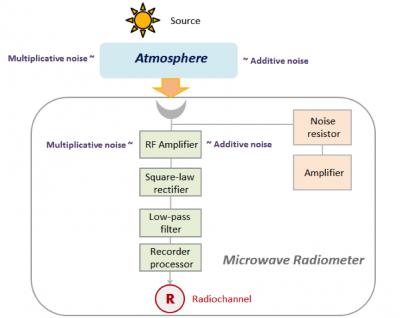