FOGHAT is a humidity and temperature profiler (HATPRO) manufactured by RPG. It measures 7 brightness temperatures in the water vapor line (22.24 GHz, K-band in the IEEE nomenclatur) and 7 in the oxygen complex (60 GHz, W-band), the former brightness temperatures are used for water vapor profiling, the latter for temperature profiling. Measurements around the water vapor line are used to derive integrated water vapor (IWV) and integrated liquid water (LWP) content.
As of Oktober 2019, FOGHAT is deployed in a site south-west of France within the framework of the SoFog3D campaign and performs synchronous measurements with a mobile profiler which consists of a Vaisala CT25K ceilometer, a Vaisala WXT weather station, a METEK micro rain radar, an Ott Parsivel optical distrometer and an hemispheric camera. Together, the measurements are used to study physical fog processes and the evolution of fog events. 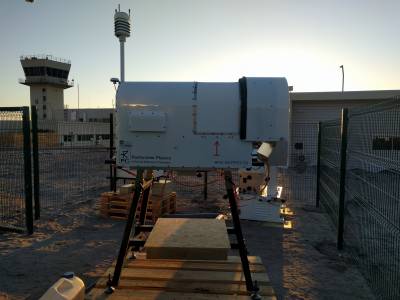 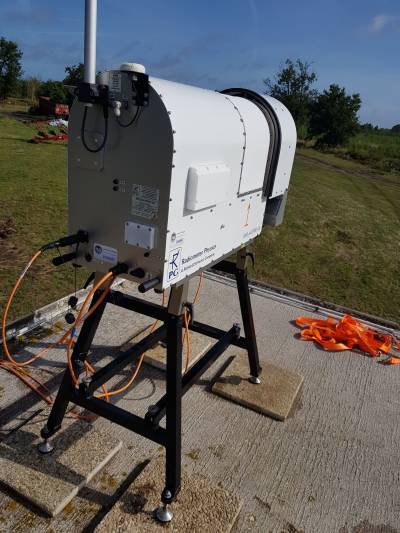